Hundreds of you voted in our poll to end all polls (to mark Sherlock‘s fifth anniversary last week); which is the best Sherlock episode? Naturally, there were many cries of ‘all of them’ or ‘whichever one I’ve just watched’ but below we have all nine episodes of the show ranked as per the votes of those of you who could bring yourself to choose between them. Read on to find out what was crowned the best Sherlock episode – and read the Sherlock’s Home team’s thoughts on the episodes. 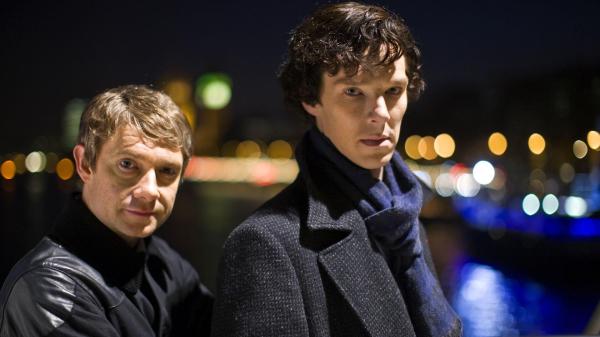 As this poll shows, this is normally the episode that gets the least attention out of the whole series but it happens to be one of my favourites. There are multiple reasons why, but I find the whole case really interesting: well-respected British men being part of a Chinese smuggling operation and accidentally stealing one of the most precious artifacts of its time. Another reason I like it so much is because Mofftiss have developed and defined Sherlock and John’s relationship very quickly and their dynamic in this episode lasts for the rest of the series. L.S.

Personally, I came to Sherlock when Series Two was just being broadcast in the U.S. and so my first big taste of the extra-long cliffhanger wait was for The Empty Hearse. Being well-versed in the original canon, I had an idea what to expect, but I was in for few surprises too. Anderson’s transformation from biggest hater to fawningest fan. All the depictions of How Sherlock Did It (though without a definitive answer) and a new dynamic – as Mary steps into the fray – that sets the stage for the rest of the series. P.J.

7. The Hounds of Baskerville

You would expect this episode to be more popular, what with it being the most well-known original Sherlock Holmes story. Despite its familiarity, though, Mofftiss take an interesting (and scientifically accurate) twist to the tale, getting rid of the Baskerville family curse and fitting the story into the modern world. The reason I particularly like this episode is because it has a scary and suspenseful demeanor that fits in perfectly with the story, and makes it unlike any other Sherlock episode. L.S.

“A Study in Pink” is a sentimental favourite because it contains lots of Sherlock firsts. It introduced the world to one of the most innovative interpretations of Conan Doyle’s work. Sherlock and John first meet, quickly becoming flat mates and partners in crime (solving). And right off the bat, it gives us one of the show’s most diabolical villains, a serial killer who convinces his victims to commit suicide. John’s and Sherlock’s friendship—and our fandom—is cemented as they chase the murderous cabbie around London and John saves Sherlock the first of many times. S.B.

After the good-heartedness of the first two instalments of Series Three, the twisty-turny shocker “His Last Vow” shook us like… being licked by a creepy newspaper magnate. With the reveal of Mary’s true past, a glimpse into the Holmes family life, Sherlock’s fake engagement, John turning into an action-hero when taking on Billy, an ending that somehow rvials Series Two’s cliffhanger and, well, just about all of it, this episode has everything that makes Sherlock such must-see TV. Surely only the pure repulsiveness of Magnuseen stopped this episode getting a higher place. C.B.

This is my personal favourite episode and I’ll tell you why: we have three, count ‘em, three mysteries in one! Lots of callbacks to the Doyle canon, such as a melding of “The Naval Treaty” and “The Bruce-Partington Plans”, which again proves that Sherlock is at its most satisfying when taking inspiration from Doyle. And, of course, the encounter at the pool, which was only intended to be an audition scene until Andrew Scott blew it away with his unique version of Moriarty. It’s part verbatim from Doyle and part Scott’s wonderful brand of madness. P.J. 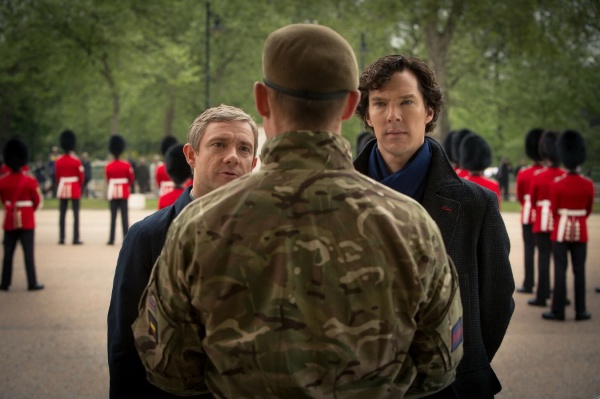 Sherlock fans familiar with the Conan Doyle canon knew that John’s wedding and the changes it brought to the Baker Street boys were inevitable. What we didn’t expect was a touching and hilarious best man’s speech, in which Sherlock movingly talks about John and their adventures together. And then there’s that brilliant scene when Sherlock leaves the wedding reception and a range of emotions flash across his face: happiness for the Watsons, sadness at a chapter closing in his life, and the realization that among all the couples on the dance floor, he is alone. S.B.

Containing some of Sherlock’s most shocking, dramatic and heart-wrenching moments ever, this one is hard to beat. There’s Moriarty at his apple-carving, Beegees-playing best and tense thrills and genius dialogue from the writers. Not to mention all the always-brilliant regular cast giving it their all. Arguably the definitive episode of the show and certainly the one that generated the most interest (people are still speculating how Sherlock survived and they already revealed it last year), nevertheless “The Reichenbach Fall” only reached number two in our poll… C.B.

1. A Scandal in Belgravia

Yes, beating The Fall and The Wedding is… The Woman. And for good reason. Uniquely, this episode shows how a high-functioning sociopath could be flirted at, if not flirted with, and teased the possibility of Sherlock falling for someone whose intellect and wit matched his own. Lara Pulver’s and Benedict Cumberbatch’s chemistry sizzles on the screen, making “Scandal” imminently watchable as their game of cat and mouse unfolds. Sherlock’s meeting at Buckingham Palace while wearing only a sheet doesn’t hurt either. S.B.

Agree with the results? What’s your personal favourite Sherlock? Leave your thoughts in the comments!

4 thoughts on “All 9 Sherlock Episodes Ranked – By You”