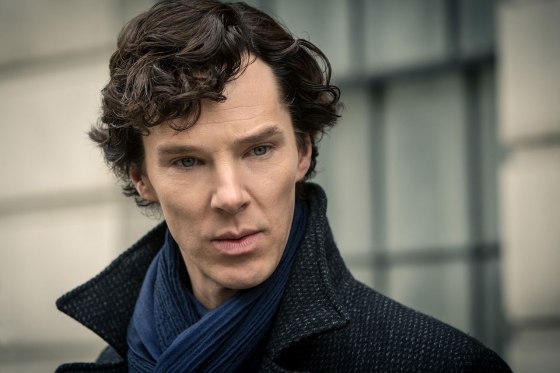 Continuing on from last month’s look at some fascinating behind-the-scenes facts about Series One, this time we turn to – yes, you don’t need to be Sherlock to deduce it – Series Two. First up, did you know it isn’t really Benedict playing that violin…?

Yes, we’ve been deceived. While Benedict took violin lessons to convincingly play the instrument on-screen, his playing is dubbed over in the final show by professional violinist Eon Chater. Chin up, though, Ben, as Chater has said ‘I have no doubt [Cumberbatch] would be a good violinist if he had the inclination.’

Back in August 2011, Sherlock filming was greatly disturbed by the infamous London riots. In particular, the Speedy’s Cafe scene in A Scandal in Belgravia was filmed right in the heart of it. ‘The riots were genuinely frightening,’ Mark Gatiss has said. ‘You can feel a bit silly doing ‘showbiz’ when stuff like that is going on.’

Andrew Scott deliberately did no research for the part of Moriarty, hoping to create a completely original performance. He didn’t read the Conan Doyle stories and refused to watch other adaptations of the character. He even eschewed watching the performances of other classic villains such as Heath Ledger as the Joker in The Dark Knight.

After the success of the first series, Moffat and Gatiss often got bombarded with requests from big-time celebs to appear in Sherlock, only to turn them all down. They have said the reason for this is because they much prefer to cast lesser-known actors and make them into stars, just as they did with their main cast.

The scene in The Hounds of Baskerville when Sherlock can be seen driving seems out of character for the detective. Well, originally it was intended for Watson to be in the driver’s seat – until Martin Freeman revealed he couldn’t drive. He later had to learn for his role in Fargo and so can be seen driving in Series Three episode His Last Vow.

NEXT PAGE: The real-life mystery that inspired The Hounds of Baskerville