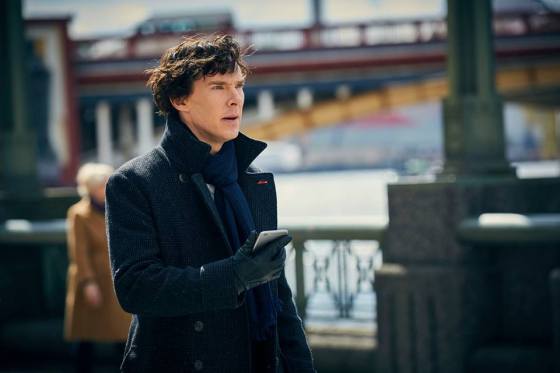 For months now, there has been worrying chatter wthat this current series of Sherlock could be the last ever run of the show. Given the explosive nature of next week’s Series Four finale, it does look like the show is taking its last bow.

Thankfully, though, co-creator Steven Moffat has now spoken at length on the subject of Sherlock‘s future – and it looks like he is hopeful that more could come in the future! Albeit with some caveats….

Have a read of what he had to say to the Radio Times below:

“Right at this moment, we really don’t know about the future. Mark [Gatiss] and I have to have a long chat, possibly on a train, about what we’d actually do with another run. We love the show very much, and that means we don’t want to let go of it before we have to. All of us involved know that days like these will never come again and we’re in no hurry to see them over.

“At the same time, because we love Sherlock the way we do, we don’t want to keep it going past its natural term. There was a fairly long time we thought series four might not happen. Then Mark and I sat down, got very excited about some ideas, and in time pitched them to Sue [Vertue, the producer], then to Benedict and Martin. Only then, with  a clear view, did we all decide to get back to work. The same has to happen again — we have to be excited. We have to think of stories we can’t bear not to make.

“Everybody’s schedule is difficult. Benedict and Martin aren’t just two of the finest actors of their generation, they’re stars, in demand everywhere. Sherlock can only ever be a passion project. So give us a moment and Mark and I will go back to [Arthur Conan] Doyle and see what we’ve missed. The game may still be on.

“Unless, of course, everybody dies at the end of series four.”

Basically, there will be a fifth season as and when Moffat and Gatiss are confident enough in their ideas and when Benedict and Martin are free to film. Unless, as Moffat cheekily ends on, everyone kicks the bucket in the finale.

But that’s not likely to happen, is it? Is it?

Sherlock: ‘The Final Problem’ arrives this Sunday 15th on BBC One and PBS Masterpiece at 9PM.