As with ‘The Six Thatchers’, there are, of course, many more easter eggs than just these five. I just find the following to be the most interesting of them. Feel free to add your own favorites in the comments. Oh, and of course: SPOILERS abound in the following. Duh. 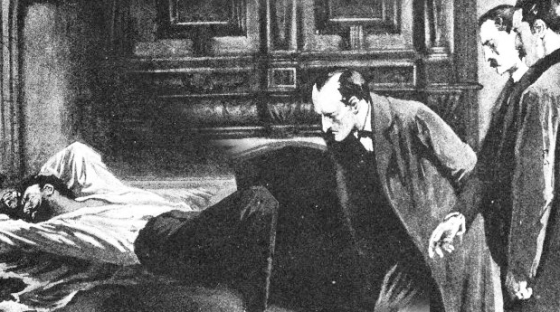 Let’s play the Canon References game again, shall we? Again, add your own in the comments. Not including “The Dying Detective”, of course… 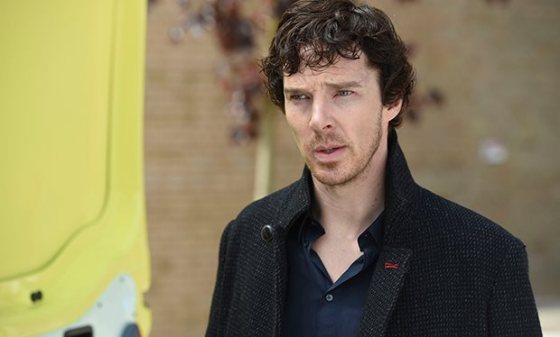 Canon story “The Adventure of the Dying Detective” is one of the shorter and sweeter of the original Doyle stories. The basic plot goes as such: Mrs. Hudson rushes to Watson’s house, begging him to come right away, as Sherlock Holmes is terrifyingly ill. She doesn’t think he’ll last the week. Watson complies and is shocked to see that Holmes looks awful, and is deliriously rambling. Holmes, however, refuses to allow his friend to examine him but instead makes him call on Culverton Smith, an expert on disease and pathology.

Holmes sets it up so that Watson arrives ahead of Smith and hides in 221B, so as to overhear the conversation which then ensues. Smith gloats over Holmes’ imminent demise and confesses to the murder of his nephew, a case which Holmes had a hand in cracking in the past. A signal of turning up the gas brings in the police, who Holmes had set up, and Watson is the witness to the confession. It’s then revealed that Holmes was faking his illness, all to trap Smith into a confession. That Watson was a) dense enough to believe Holmes really ill, and b) wasn’t completely incensed at Holmes doing this to him again (fake dying), is beyond me.

This episode, obviously named after the story, shares a little of the original plot. Sherlock becoming ill to gain Watson’s innocent help to trap Culverton Smith is still the center. Lots more going on, however, but you can see the skeleton is intact. What is interesting about this modernized version is that obviously Sherlock isn’t faking an illness, but actually using again–making himself actually ill. Also that it’s Mary’s dying wish that spurs him into this, not a past case and a villain to nab. At least, not mainly that.

Maybe it’s just that, being American, I have Donald Trump parasitically on the brain right now. But I couldn’t help notice how Toby Jones’ (wonderfully) odious, slimy, smarmy portrayal of Culverton Smith contains so many nods to Trump himself and the Trump campaign that I can’t think it’s a coincidence but a commentary.

Just the way he’s shown pandering to the press and his addiction to it, as well as his double-speak in lying and admitting things as well as lording his power of a rich man over everyone (and gloating about it) is very Trump-like. And did you notice the way he talked about his daughter, and the way he touched her?

Before you think I’m an overly-paranoid scholar looking for connections where there aren’t any, notice that at one point Culverton Smith declares, “I don’t do handshakes.” This has long been a trademark of Trump’s. Just sayin’.

11 thoughts on “5 Most Interesting Easter Eggs in Sherlock: The Lying Detective”