Moriarty was left as a shadowy figure in the first Sherlock Holmes film but we properly got to meet him in the sequel, A Game of Shadows. The globe-trotting movie casts him more as a Bond villain – with a plan to start a world war – and Jared Harris is perfect for this take on Moriarty, emphasising the aloofness and egotism of the character. 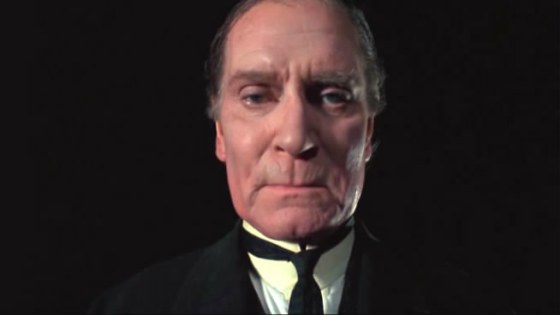 Getting acting legend Laurence Olivier to play Moriarty was quite a coup for 1976’s The Seven-Per-Cent Solution, which massively subverted the character. In this, Moriarty is actually a largely innocent man who a deluded Holmes is convinced is a criminal mastermind. As such, this is a memorably, very unusual, take on the ‘villain.’

7. Viktor Evgrafov, The Adventures of Sherlock Holmes and Dr. Watson

NEXT PAGE: The rest of the worst

11 thoughts on “10 Greatest Ever Portrayals of Moriarty”