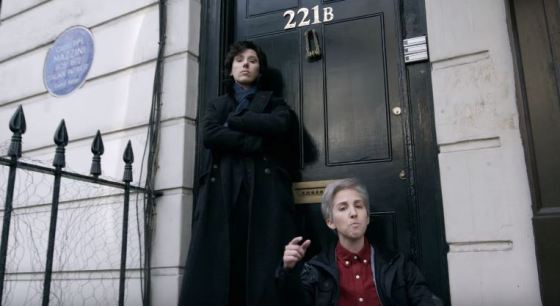 We might still have a few months to wait for Sherlock Series Four, but Youtube vloggers Hilly and Hannah Hindi (AKA The Hillywood Show) have created something to keep us going in this detectiveless drought. You might have seen Sherlock parodies before, but we guarantee you won’t have seen one like this. Watch the hilarious spoof here:

You might have noticed that the parody was filmed in actual Sherlock locations. If you’re wondering how that was achieved (not to mention those surprise cameos), you can watch the in-depth behind-the-scenes video below.

Just on a side note, if you recognise the guy playing Mycroft, it’s Chris Rankin – alias Percy Weasley from the Harry Potter films!