The other day, the BBC hid a clever bit of promotion for the new Sherlock season in an edition of The Telegraph newspaper – a baby announcement from John and Mary Watson. Read it below: 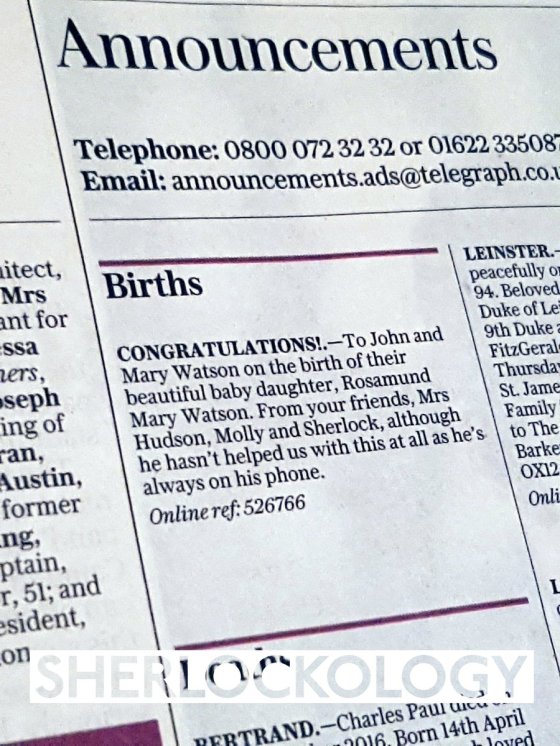 As well as giving us a laugh, it also confirmed the name of Baby Watson: Rosamund Mary Watson. A new promotional image was later released, combined with the fact that Rosamund would be called Rosie for short. 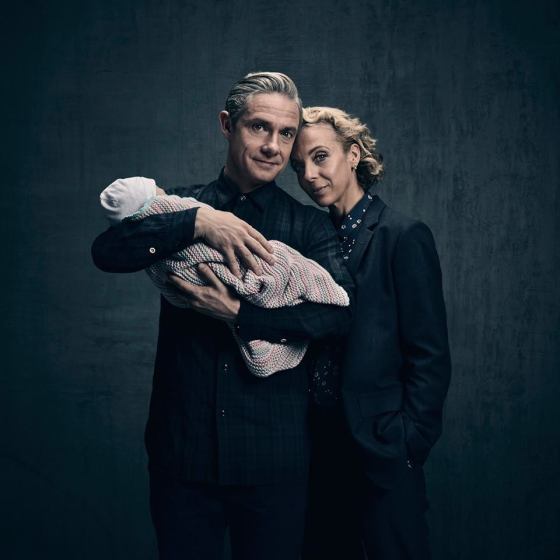 Now, a part of fandom isn’t a fan of the name, but they are missing an important point. This isn’t just some random name that Moftiss plucked out of thin air. It could hint at what we can expect from the new season…

Rosamund Marriott Watson was an Victorian poet, critic and nature writer. She also wrote under the pseudonym Graham R. Tomson early in her career. Her brother, Wilfrid Ball, introduced her to several writers, including John Lane who later published “The Yellow Book” (which Victorian literature enthusiasts might remember plays an important role in corrupting Dorian Gray in The Picture of Dorian Gray).

The subjects of her poems were often love and loss (some of which some appeared in The Yellow Book). In particular, her most famous poem is ‘The Ballad of The Were-Wolf’, in which a wife is portrayed as a wolf who steals the children from her husband. The husband in the poem wounds the wolf by cutting off its paw and tells his wife to display the paw as a warning to the creature… only for his wife to reveal herself to be the wolf. The husband, raging with anger, reveals that next time they meet one of them is going to die.

Now, what did we see in the last Sherlock trailer? A scene of John and Mary, not looking too happy together, that’s what.

Is this coincidence or could this be a part of the plot of ‘The Six Thatchers’? We’ll find out on January 1st.

3 thoughts on “The Significance of Rosamund Mary Watson”