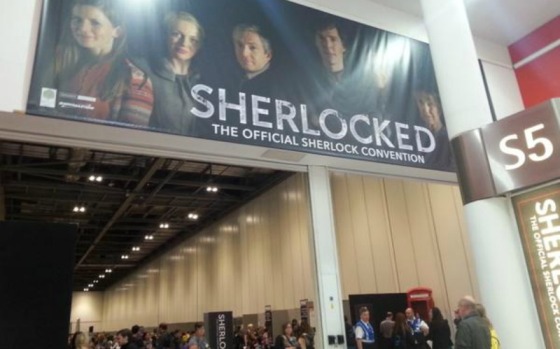 This weekend, hundreds of fans converged on London to attend the first ever official Sherlock convention, Sherlocked. If you weren’t one of those, have no fear – Sherlock’s Home were there. Here’s what happened…

Ever since it was confirmed over a year ago, much had been made of this event. Confirmed to be appearing were both major figures of the cast and crew – Steven Moffat, Sue Vertue, Mark Gatiss, Louise Brealey et al – and beloved supporting actors – such as Lars Mikkelson, Lara Pulver and Jonathan Aris. Not to mention, Sherlock himself Benedict Cumberbatch! In fact it might be easier to say that the convention starred anyone who was anyone in the Sherlock world – all but Martin Freeman and Amanda Abbington who were unable to attend. So, after all this build-up, how would the event turn out?

As anyone who has gone to a convention before will know, the queues can be long and the schedules are often in flux due to guests being busy, but these small upsets fall by the wayside on these fantastic occasions; the best conventions uniquely allow you the chance to celebrate your passion for something with others who share it and those who make it. I’m pleased to say Sherlocked was this type of convention. 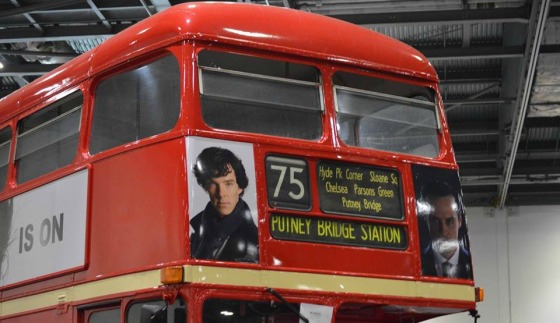 The guests themselves were all charming and entertaining in turn. Andrew Scott was as hilarious and lovely as Moriarty is hilarious and insane (Jim’s new ringtone is Taylor Swift, apparently) while Benedict was a real trooper, leading the event whilst suffering from a head cold (he even did the Smaug voice on one occasion!). Rupert Graves turned out to be even more of a fan-favourite than before, as he was full of energy and wit at all times. He also gave fascinating insight into his character – Rupert has a sneaking suspicion that Lestrade has a thing for Molly. We’ll have to wait until Series Four to see if this unforseen pairing ever comes about…

Likewise, co-creators Steven Moffat and Mark Gatiss were very informative, detailing some of their writing processess (Moffat’s big piece of advice is to ensure every single line makes the audience want more) and outlining some ideas they have for the future of Sherlock. Apparently, the Conan Doyle stories they wish to tackle next are fan-favourites ‘The Red-Headed League’ and ‘The Speckled Band’ as well as the lesser-known ‘The Yellow Face’ in which, as Mark said, ‘Sherlock Holmes gets everything wrong.’

Away from the guests, the convention had a lot else to inspect when you weren’t meeting the stars (or queueing to meet the stars). A highlight was the insightful John Watson: A History of A Hero, which told the story of John’s life before meeting Sherlock including how his accident that invalided him home from the army came about. Also, the Prop and Costume Museum had an impressive collection of items from the show – including the Victorian costumes Sherlock and John will be wearing in the upcoming special! 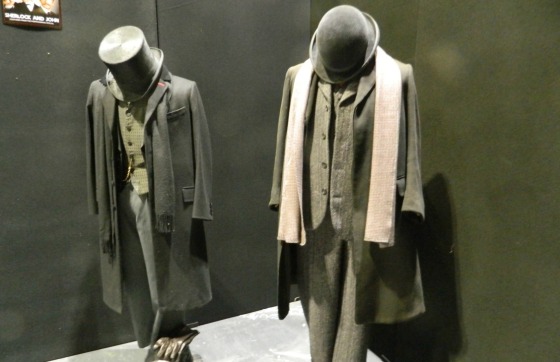 So much was on offer at Sherlocked that it was nigh on impossible to do all of it (and, it must be said, a little on the expensive side). Among fans, there has been some talk about kinks in the organisation of the convention but, as this is the first of a planned many, these wll surely be ironed out for the next event – expected to take place in the US later this year. Whatever any minor foibles though, this was a must-attend weekened for any lover of the Great Detective, powered by the enthusiasm of the show’s fans and the showmakers alike. It’s fair to say that everyone at this event was well and truly Sherlocked.

Join the conversation in the comments below!

One thought on “Sherlocked: A Report on Sherlock’s First Ever Convention”