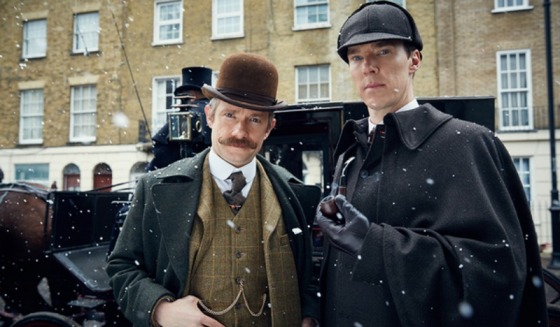 This weekend London has played host to the popular MCM Comic Con – at which, just like the San Diego Comic Con in July – the Sherlock team, here represented by co-creators Steven Moffat and Mark Gatiss, star Amanda Abbington and producer Sue Vertue, used their panel to announce some big, juicy details about the upcoming special. Here’s what we found out about the episode, plus some other fun facts too.

At long last, we can reveal that the title of the Sherlock special is… ‘The Abominable Bride’! As we all know by now the special will take Sherlock and John back to Victorian times, something that is reflected in this old-fashioned, melodramatic title. It’s also a nod to an undocumented adventure from Conan Doyle story ‘The Musgrave Ritual’ in which Holmes mentions the case of “Ricoletti of the club foot and his abominable wife.”

Ever since the special was announced it has routinely been called a ‘Christmas’ special but we found out this weekend that the episode will actually air on New Year’s Day! The past two series of the show have premiered on this date so we really should have guessed this ourselves. Looks like we’ve got more to learn from Sherlock in the science of deduction…

US fans, rejoice! At the panel, Sue Vertue confirmed that, for the first time, Sherlock will air in the same day in the US as it does in the UK. ‘The Abominable Bride’ will premiere at 9PM ET on PBS.

For all of you who don’t hail from either of those countries, you might be interested to know that the special will also be simulcast in select cinemas worldwide. Cinema-goers will also see an exclusive behind-the-scenes documentary. Tickets go on sale November 2nd.

7. The special is in “the same style” as rest of Sherlock

Now onto the content of the special. Many might be worried that the move back to Victorian times will mean we lose the modern sheen and sense of humour that marks Sherlock out. Well, have no fear, as Mark Gatiss explained at the panel that “the special is very much in the same style and humour as our Sherlock.”

We’re not sure that this counts as something we learnt as such, we thought we would mention this heartless tease from Moftiss about Moriarty’s future on the show. Don’t you just love/hate these guys?

Moffat: “Moriarty shot himself in the head in front of the most intelligent person in the world. He’s dead. He can’t come back.”

There’s often talk of a female Doctor Who and, more rarely, a female James Bond but it seems fans are also interested in seeing a female Sherlock Holmes. Mofftiss themselves are open to the idea. Mark Gatiss said that isn’t “it isn’t impossible” and that it “could be interesting”, although he then added “we’re not recasting though…!”

4. Something (more) about Mary

We also got a bit of a hint at Mary Watson’s backstory, courtesy of the woman who plays her, Amanda Abbington. “Mary didn’t choose to be an assassin,” she revealed. “She fell into it.” Amanda also said how the truth about Mary was a shock even to her – she only found out when she read it in the script! 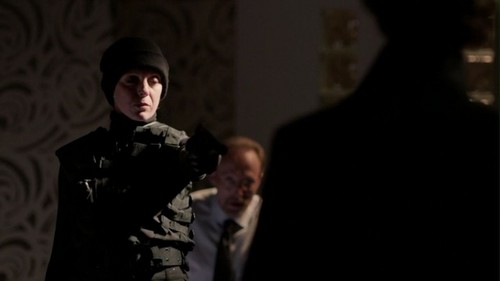 3. Gatiss teases his favourite part of the special

When asked about their favourite moments to write in Sherlock, Mark Gatiss revealed that his comes from the special. He said; “there’s something in the special which was a sheer delight from beginning to end. You’ll know it when you see it…”

2. Mycroft will probably be in the special

From the trailers and clips released so far, we know that Mrs Hudson, Mary and Lestrade will be travelling back in time with Sherlock and John – but what about Mycroft? It seems we should expect him to turn up too as the man himself, Mark Gatiss, said that there is a “fair chance” that we will get to meet 19th century Mycroft.

1. Sherlock will never have more than three episodes

Sorry, folks, but it looks like we’re never going to get a longer series of Sherlock. Gatiss said on the matter; “[it] wouldn’t be possible. Three 90 minute episodes works best for everyone’s filming schedules.” Well, chin up, guys, at least we’ve got a brand spanking new special coming up really not that long away…

Listen to Moffat and Gatiss on the subject of returning Sherlock to its roots below!