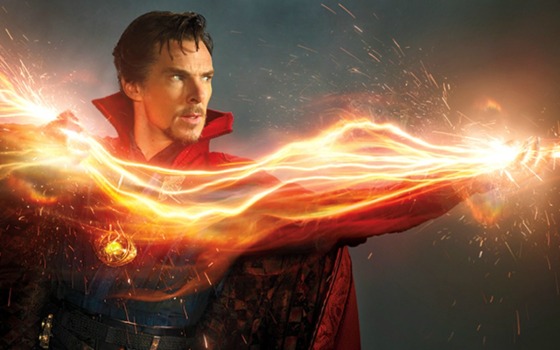 UPDATE: Benedict Cumerbatch, plus co-star Chiwetel Ejiofor, were filming in New York today (2nd April) for Marvel’s Doctor Strange. See a collection of images and a video taken from filming below.

Don’t worry, the shots and footage are completely unspoilery and merely show Cumberbatch in costume as Dr Strange. But, boy, does he look awesome! 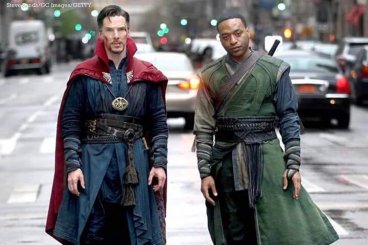 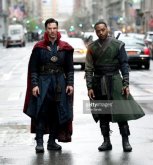 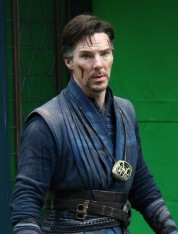 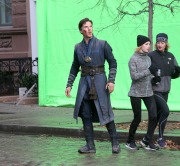 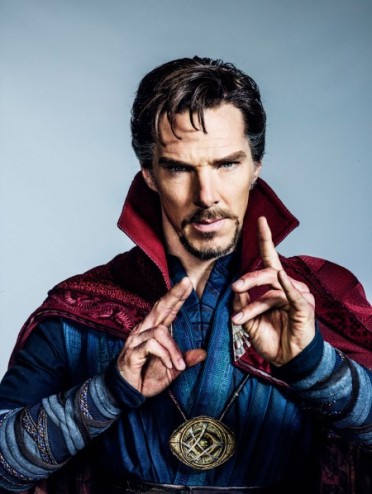 We’ve noticed that a lot of Sherlock fans are hugely excited for Benedict Cumberbatch’s imminent arrival into the popular Marvel Cinematic Universe – in superhero-meets-magic movie Doctor Strange – so we thought we’d keep you updated.

The film has largely been shot at Pinewood’s Shepperton Studios in the UK but has recently made the move out into the open, with some location work in London. Naturally, fans have caught some of the action and put the footage up on line. See the non-spoilery glimpse of Strangebatch in action below:

So happy we got this today, well done marvel costume designer, u got it so right, Cumberbatch is a perfect drstrange pic.twitter.com/WLDdrJFZf4

Read our earlier story from Dec 28th below:

The good people at Marvel Studios have finally revealed the first images of Benedict Cumberbatch in character as Doctor Strange!

The official synopsis for the film goes: “Doctor Strange follows the story of neurosurgeon Doctor Stephen Strange who, after a horrific car accident, discovers the hidden world of magic and alternate dimensions.”

Despite not being one of the more well-known Marvel superheroes, the character has actually been around since 1963 and has been a member of The Avengers on several occasions – so expect to see Benedict rub shoulders with the likes of Iron Man and the Hulk in future instalments.

Doctor Strange also has more Sherlock connections in Benedict’s co-stars. Rachel McAdams (who it is thought will play Strange’s love interest Clea) was Irene Adler opposite Robert Downey Jr in Sherlock Holmes and the film’s main villain will be Mads Mikkelsen – who is the real-life brother of Benedict’s other nemesis, Lars Mikkelsen who played Charles Augustus Magnussen in ‘His Last Vow.’

Doctor Strange will be released in the UK on 28th October 2016 and in the US on November 4th. In the meantime, you can see Martin Freeman in other Marvel movie Captain America: Civil War which materialises April/May.

View the images below and then visit EW for more on the film:

2 thoughts on “New Images of Benedict Cumberbatch as Doctor Strange”