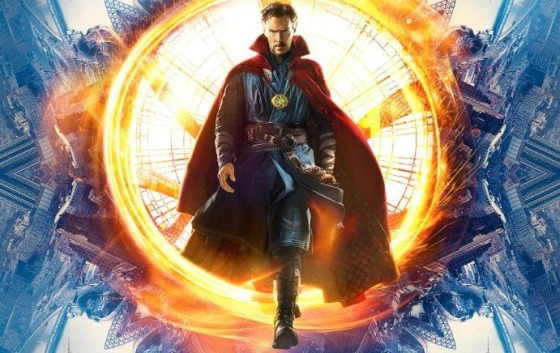 A few months ago, we got our first look at Benedict Cumberbatch’s Marvel debut Doctor Strange. Now thanks to San Diego Comic-Con, we’ve got a meatier full-length trailer to watch on repeat. With less emphasis on the trippy nature of the movie’s mystic elements than the first one, this second trailer gave us a better look at the plot and tone of the film. You can ogle it below:

Before he met the Sorcerer Supreme, Doctor Stephen Vincent Strange was an unlikable and egotistical neurosurgeon. Everything changes when a car accident limits Strange’s use of his hands, sending him on a maddening quest for a miracle cure. This origin story introduces the magical and mystical realms of the Marvel Cinematic Universe.

Marvel also released a new poster with a new taglline – “The impossibilities are endless.”

If you want to find out more about Doctor Strange see our list of things to know about him here.

Later today, SDCC will play host to a Sherlock panel, so expect even more juicy Cumberbatch-related goodness to appear then.