The latest season – possibly series – finale “The Final Problem” answered the long-standing question of just what made Sherlock the way he is. Last chance, guys, we are about to go into big, big spoilers…

Right, here goes. When he was a child, Sherlock’s psychotic little sister Eurus killed his best friend Victor Trevor. The trauma of this caused him to erase the memory of Victor from his mind and resulted in him withdrawing from people and becoming the distant, calculating machine we know and love.

It was a big surprise for us fans but there are actually a number of instances over the course of the show that hint at Sherlock’s backstory, or at least gain a new meaning looking back at them now. Here are seven moments of foreshadowing that you might not have spotted…

Note: We are not going to mention the “you know what happened to the other one” scene in this list as it is so obviously hinting at Eurus that there is little to say on the matter.

“But we both know that’s not quite true…”

The moment: Sherlock and Moriarty have their first face-off at the end of “The Great Game.” Moriarty warns Sherlock that, if he keeps prying, he will burn the heart out of him. Sherlock retorts by saying that he has been told that he doesn’t have one. With a knowing smirk, Moriarty replies: “But we both know that’s not quite true.”

The significance: In “The Final Problem”, we learn that Moriarty was in on Eurus’ plan all along, since they met six years ago. Now, previously Moffat and Gatiss have stated that Series Four is set in 2014, as it follows on immediately after “His Last Vow.” This would set Moriarty and Eurus’ meeting in 2009 – one year before he first meets Sherlock in “The Great Game.”

What this means is that Moriarty knew all about Sherlock’s secret past during this scene. So in this line, he is teasing Sherlock with the fact that he knows more about his past than he does.

He wanted to be a pirate

The moment: In “A Scandal in Belgravia”, Mycroft and John discuss Sherlock’s feelings for Irene Adler. “My brother has the mind of a scientist or a philosopher,” Mycroft explains. “And yet he elects to be a detective. What might we deduce about his heart?” When John replies that he doesn’t know, Mycroft adds: “Neither do I. But initially he wanted to be a pirate…” In a moment not seen in the clip above, the camera then lingers on his face as his eyes seem to fill with sorrow.

The significance: This is perhaps the best moment in the whole show for gaining a new significance now that we have seen “The Final Problem.” Originally, this was a very enigmatic scene – what exactly made Mycroft so sad about thinking about Sherlock’s childhood dream of being a pirate? We now know that he was thinking back to little Sherlock playing with Victor Trevor. 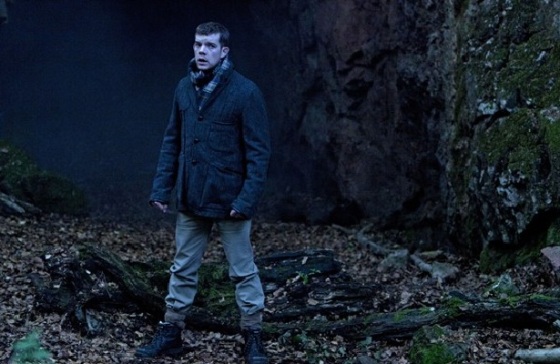 The moment: At the climax of “The Hounds of Baskerville”, Henry Knight almost kills himself as he thinks he is losing his mind. Sherlock calmly and emotionally explains the truth to him: his memory of seeing his dad attacked by a dog was his mind’s way of masking the horror of what he saw – Bob Frankland brutally murdering his father.

The significance: A child being so traumatized that they switch a person for a dog in their memory to help them digest a murder? Does that sound familiar to you?

In this scene, Sherlock always seemed oddly sympathetic to Henry’s predicament. Now, we can guess that he subconsciously sees something of himself in the man.

8 thoughts on “Did You Notice These Hints at Sherlock’s Backstory Hidden Throughout The Show?”