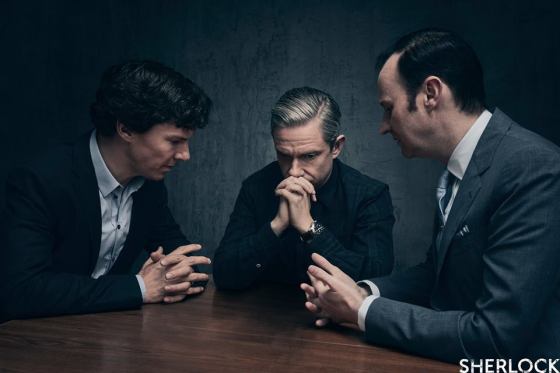 This is the day we finally get to see the huge finale of Sherlock‘s explosive fourth season. As who knows how many voices have already announced, a lot will happen in this episode. Now, brace yourselves guys, but it could also potentially be the last ever episode of Sherlock, if those rumours are to be believed. So what can we expect from such a momentous episode – apart from a whole lot of drama?

We had so many questions before the current Season started and we got nearly none answered. Is Moriarty alive? Is he dead? If he is dead, how could he be back? What or who is Sherrinford? Or, for us Johnlock shippers, will Sherlock and John finally happen?

Well, as you can see I listed the third Holmes brother question (“Sherrinford”) into the unanswered questions. According to the final scene in “The Lying Detective” the third Holmes brother isn’t a brother but a sister. Euros, the woman on the bus, John’s therapist and the woman who visited Sherlock in 221B. She is the third sibling, but, and here comes the huge BUT, there was a lot of mysterious talk about Sherrinford in “The Lying Detective.” As well as the note in Mycroft’s journal: “Call Sherrinford, 2PM.”

It looks like our assumptions were wrong all the time. The brother isn’t a brother and Sherrinford isn’t his name either. So what is it? Or who? Is it an organisation? Even a fourth sibling?

And the biggest question is, what Mr. and Mrs. Holmes did wrong while raising their children that they all turned out kinda effed up. Sorry, but someone needed to say it!

Perhaps we will find the answer in “The Final Problem”… 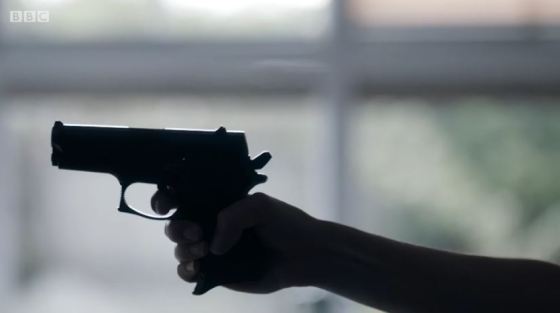 It seems that Mofftiss really enjoy shooting their characters. In “A Study in Pink”, John shot the cabbie. In “The Great Game”, Sherlock was about to shoot the bomb, the Hound in “The Hounds of Baskerville” got shot, Moriarty shot himself at the end of “The Reichenbach Fall” and in “His Last Vow” Sherlock got shot by Mary, shot Magnussen. Finally, Mary tragically got shot by Vivian Norbury in “The Six Thatchers”.

So as you can see they have apparently a shooting-kink or something, because in “The Lyinf Detective” someone got shot again. Yes, I say someone and not John, because here is the thing. We see Euros holding the gun onto John. She is wearing a long sleeve, so her skin is covered. However, when the gun is fired we see a naked arm.

Is this just a film-mistake or does indeed someone else fire another gun? Does Sherlock need to put his head on the line for this?

I bargain for answers in the next episode, though we can all be sure that John is alive.

Now we are getting to the controversial sides of things, and how you feel about it depends on how you view Sherlock. For casual-viewers it is a crime series, of course, but for others it could be something different. Supporters of TJLC (The Johnlock Conspiracy) highly believe, that season four will see the relationship between our favourite Consulting Detective and the cute doctor (according to Mrs.Hudson) reach a climax. And what we have seen so far could really mean that these two will finally get their, excuse me, shit together and talk about everything.

Also, the media have repeated stated that Series Four is a “stage revolution.” Yes, I know, you could interprete this into many different directions, but staying focused on TJLC, this would be by all means a stage revolution. And remember that Amanda Abbington once said that this season would do “something that was never done before.” With Sherlock Holmes being gay and John Watson being bisexual and the two of them dating, BBC Sherlock would do something entirely new, a stage revolution.

Is there something else you expect? Please let me know in the comments, I am open for discussion!

7 thoughts on “3 Major Predictions for Sherlock: The Final Problem”