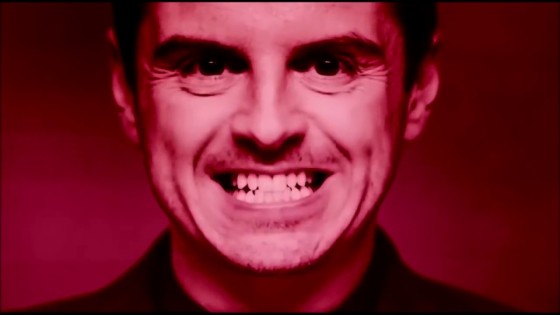 After last week’s finale, Sherlock Series Four came to an end. Several fans, including me, were not so pleased with the outcome and so several conspiracy theories were born. Discussions about whether or not there will be a fifth season were held on all different kinds of social media and even theories about a secret fourth episode were born.

In case it is new to you, some Sherlockians thought that the first episode of the new BBC One series Apple Tree Yard might be a secret fourth episode of our all-time-favourite, Sherlock. But this theory doesn’t come out of nowhere. If you compare characters and actors of ATY to Sherlock you’ll stumble across several similarities and coincidences. In the main role, for example, is an actress called Emily Watson. Familiar-sounding surname, don’t you think?

The fan theory went that”The Final Problem” is in some ways the John-version of “The Abominable Bride” – in other words, it is all taking place in John’s head after he got shot at the end of “The Lying Detective” like in a coma dream. And the final, fourth, episode was going to air Sunday night at 9pm on BBC One.

Well, as it turned out, Apple Tree Yard went by with nary a mention of Sherlock. Which left Sherlockians pretty bereft:

Me waiting for the 4th episode of Sherlock vs me watching #AppleTreeYard #Sherlock pic.twitter.com/yLN1T6ZaLg

Ah, well, that’s that then. Time to crawl up into a foetus position and sob in a corner for all eternity. Or is it…?

Ok, fair enough, Apple Tree Yard turned out to be a dead end. After all, as awesome as it would be to secretly drop an extra episode of Sherlock, it would have meant the ratings would have been awful, as many would have missed it. However, HOWEVER, there could still be a fourth episode arriving at some point in the future.

Lots more evidence for it still exists. The BBC itself gave the rumours new fuel in the latest #SherlockReacts video when the host was talking about a secret episode and mysteriously sipping on his tea, saying something like “A fourth episode? That would be stupid! Who would do something like that” and looks suspiciously to his right.

Plus, the other day, Series Four was released on DVD. You might notice that the DVDs of Sherlock have always been labelled “Complete Series One/Two/Three” but on the DVD box of Season 4 it just says “Season 4”. Why would that be unless Series Four was yet to be completed?

As we noted in another article, Steven Moffat has responded to these rumours and denied them. However, when doing so he used the term “the lost special.” Which is the title of a detective story by Arthur Conan Doyle. Coincidence? Maybe. But wouldn’t it be a very Mofftiss thing to do to reinterpret a piece of the Sherlock Holmes creator’s work in an unexpected way?

Besides that, there are a couple of Setlock scenes (partly officially published by the BBC) we haven’t seen so far. Are these just scenes that got cut out or do these scenes belong to another episode?

With that not being all, another part of the fandom is talking about this small scene from the behind-the-scenes material that aired after “The Final Problem” on PBS Masterpiece. As a post-credits sequence, Moriarty appeared saying: “Surprise. You didn’t think I’d just disappear, did you?” You can watch it here.

So what’s going on?

What do you think? Did you already stumble over this conspiracy or is it new to you? Did you found any evidence for or against a secret episode, please let me know everything in the comments!

12 thoughts on “Is There A Secret Fourth Episode of Sherlock Series 4?”