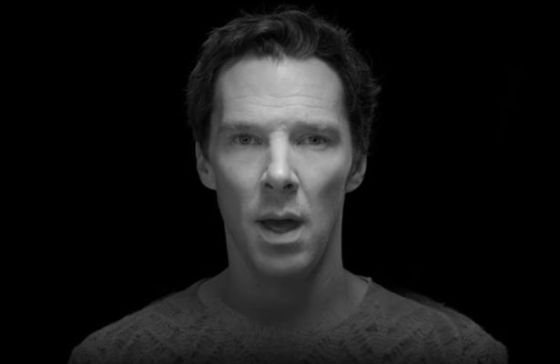 Already suffering from Cumberbatch withdrawal symptoms since the end of Sherlock the other week? Well, here’s something to make you feel better…

The British star makes an appearance in the music video for British alt-rock band Elbow’s new song ‘Gentle Storm.’ The video sees a bunch of faces blurring into one another. The technique was inspired by the video from 1985’s ‘Cry’ by Goldley & Creme.

Benedict was previously asked to perform with Elbow on stage at Glastonbury but could not make it due to other commitments.

If you fancy having a sing-along to the song, here are the lyrics:

I will fly swift and true straight to you, like an arrow
Just to be where you lie
Meet my quest, do my shambling best to be near you
Where you lie
I’ve found peace in your arms

Counting down, now the clocks reset when I met you
Do we start a new life?
Yours and my spit-shone restless hearts, they were meant to
Beat one time, share one fate
From this day

‘Gentle Storm’ will be released as part of Elbow’s latest album ‘Little Fictions’ on February 3rd.