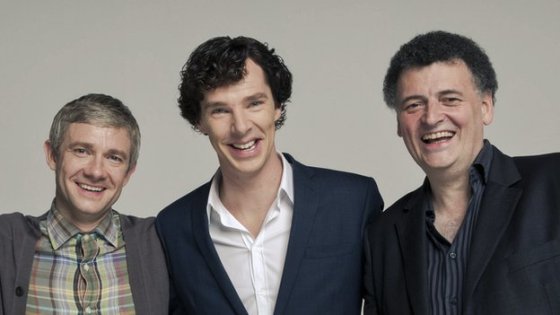 It’s the question on the lips of Sherlock fans across the world: will the show ever come back for a fifth series? After the fourth run ended on a possible full stop for the drama, the cast and crew have spoken about their uncertainness over its future.

Now co-showrunner Steven Moffat has elaborated on the issue. Here’s what he had to say in an interview with Broadcast Now:

“The ratings were extremely good, so I guess they’ll ask us again, and then we’ll have to see first of all if we have three films we want to make, and then if Benedict and Martin have the time, schedule and inclination.”

Though the idea of no more Sherlock would break the hearts of millions worldwide, Moffat seems quite content with leaving the show where it is, if that’s how things turn out:

“It’s not like we haven’t had our reward for doing that show, it’s been such a phenomenon. Not doing it again would be fine. If that was it, then that would be it. None of us will starve in the street – well, I might.”

Fans of Moffat’s writing might like to know that the latest season of Doctor Who will be arriving this April. It will Moffat’s last year as showrunner.

3 thoughts on “Steven Moffat on Sherlock Series Five: “We’ll Have to See””