This week marks a double celebration for Sherlock fans. You may know that today is the 39th birthday of Mr Holmes himself, Benedict Cumberbatch, but did you know that one week from yesterday marks five years to the day that Sherlock first appeared on our screens?

To honour this special occasion we are asking the big one – just what is the best episode of Sherlock? In case you’ve forgotten, you can read our primers of each episode below before voting for your favourite in the poll at the bottom of the post. Happy voting!

A Study in Pink

BBC synopsis: A war hero, invalided home from Afghanistan, meets a strange but charismatic genius who is looking for a flatmate – it is London in 2010, and Dr Watson and Sherlock Holmes are meeting for the first time. A string of impossible suicides has Scotland Yard baffled – and only one man can help.

BBC Synopsis: A mysterious cipher is being scrawled on the walls around London. The first person to see the cipher is dead within hours of reading it. Sherlock plunges into a world of codes and symbols, consulting with London’s best graffiti artists. He soon learns that the city is in the grip a gang of international smugglers, a secret society called the Black Lotus.

BBC Synopsis: A strange clue in an empty room, a blood-soaked car, a priceless Old Master, a deranged bomber. With the clock ticking, the curtain rises on a battle of wits between Sherlock, John and the shadowy stranger who seems to know all the answers…

A Scandal in Belgravia 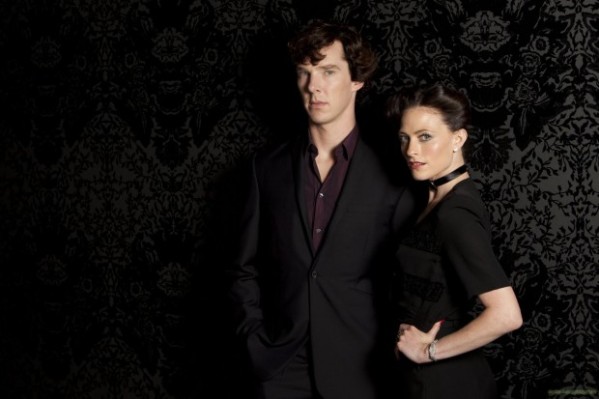 BBC Synopsis: A case of blackmail threatens to topple the monarchy itself, but soon Sherlock and John discover there is even more to it than that. They find themselves battling international terrorism, rogue CIA agents and a secret conspiracy involving the British government.

But this case will cast a longer shadow on their lives than they could ever imagine, as the great detective begins a long duel of wits with an antagonist as cold and ruthless and brilliant as himself: Irene Adler.

The Hounds of Baskerville

BBC Synopsis: Something terrible has happened to Henry Knight – Sherlock and John investigate the truth about the monstrous creature which apparently killed their client’s father. A hound from hell? What seems like fantasy in Baker Street is a very different prospect in the ultra-secret army base that looms over Dartmoor.

BBC Synopsis: James Moriarty possesses the greatest criminal mind that the world has ever seen. Sherlock and John knew he wouldn’t stay hidden for long. But even they never guessed the sheer scale and audacity of the crime that would propel Moriarty back into the headlines. The crime of the century. The Tower of London, the Bank of England and Pentonville prison – all sprung open on the same day, as if by magic! But Moriarty’s plans don’t stop there…

Sherlock and John lock horns with their old enemy in one final problem that tests loyalty and courage to their very limits. Sherlock must fight for his reputation, his sanity and his life. But is he all he claims to be? 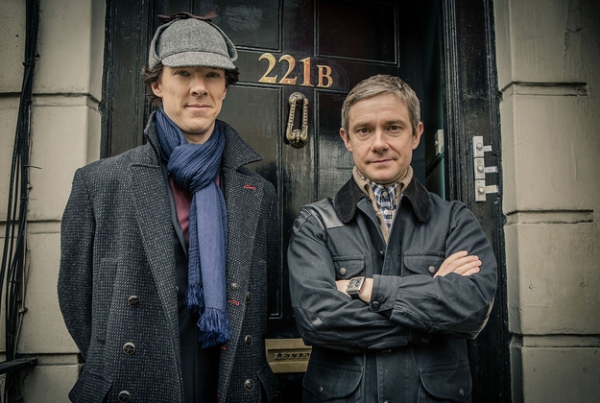 BBC Synopsis: Two years after the devastating events of The Reichenbach Fall, Dr John Watson has got on with his life. New horizons, romance and a comforting domestic future beckon.

But with London under threat of a huge terrorist attack, Sherlock Holmes is about to rise from the grave with all the theatricality that comes so naturally to him. It’s what his best friend wanted more than anything, but for John Watson it might well be a case of ‘be careful what you wish for!’

If Sherlock thinks everything will be just as he left it, though, he is in for a very big surprise… 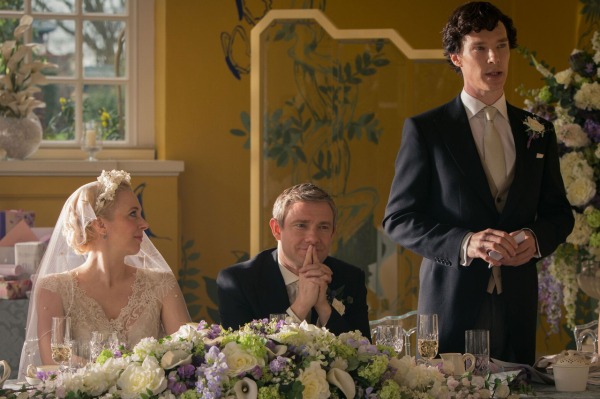 BBC Synopsis: Sherlock Holmes encounters Charles Augustus Magnussen, the one man he truly hates, through a case of stolen letters. How will he tackle an enemy who specialises in blackmail and knows the personal weakness of every eminent person in the Western world?

Vote for your favourite below!