Now that Christmas is out the way that can mean only one thing – the Sherlock winter special, airing on New Year’s Day, is only five days away! Just in case you’re not feeling the excitement yet – you big curmudgeon, you – here are five reasons why we can’t wait for the Sherlock special.

Sherlock just feels right at home at Christmastime. Perhaps it’s to do with the fact that one of the earliest Sherlock Holmes short stories is a Christmas tale (‘The Adventure of the Blue Carbuncle,’ fact fans), or that rude old Sherlock is something of a Scrooge figure. Who knows? But we’ve already had two episodes partially set at Christmas – ‘A Scandal in Belgravia’ and ‘His Last Vow’ – and we can’t wait for some more festive fun in the upcoming special.

It probably hasn’t escaped your attention by now that Sherlock will return to the characters’ roots for one time only and take place in Victorian times. For Conan Doyle fans, it is a dream come true to see Benedict and Martin in the proper Holmes and Watson get-up (and very fetching they look too). Fans who worry that this will mean the special will be too disconnected from normal Sherlock will be pleased to know that writers Steven Moffat and Mark Gatiss were determined to make this the best Sherlock story they could, regardless of its setting:

“Our objective was that ten, fifteen minutes in, you’re going to forget that we’ve changed it,’ Moffat said recently, in an interview with Den of Geek. “You’re just going to be watching a really good Sherlock story.”

Sherlock has delivered various different takes on the detective genre over its nine episodes so far. We’ve had urban thrillers, rural horrors and a couple of romantic dramas and now we’re about to get a ghost story. According to the synopsis, Sherlock and John will investigate when a man’s wife apparently returns from the dead with “an unshakeable thirst for revenge.”

Pitting Sherlock’s amazing logical brain against the supernatural always ups the drama – in ‘The Hounds of Baskerville’ it seemed to nearly break him so who knows how it will affect him this time!

It’ll be on the big screen

Haven’t you always wanted to see Sherlock on the big screen? Well, now you can as ‘The Abominable Bride’ will be simulcast in select cinemas worldwide alongside its TV airing on January 1st. Sherlock has always had a very cinematic scope so getting the chance to see the series on the silver screen is something we are very excited about.

Information on overseas cinemas hasn’t been released yet but UK viewers can find out if their local cinema is showing the special here. 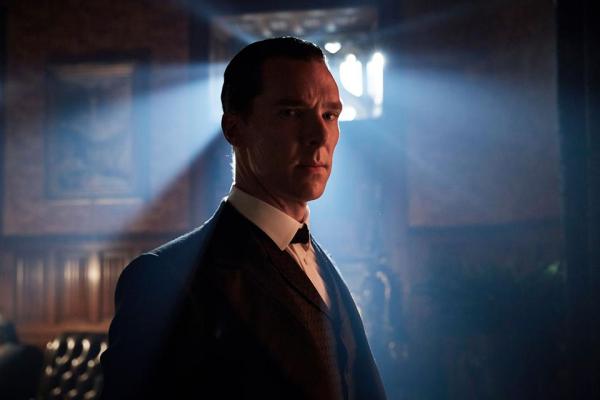 This is the biggest reason we can’t wait for the special – because it is another instalment of our favourite show. We Sherlock fans know about the long wait between series more than any other type of fan and when the special airs it will have been two years since Series Three was broadcast. Finally, new Sherlock is coming!

Do you have another reason you can’t wait for the special? Let us know in the comments!