*Cue applause and music as host walks up to podium*

Welcome Sherlock fans to the first annual (we hope) Sherloscars – the awards ceremony devoted to the best work related to our favourite TV show in the past year. We have had thousands of votes from you in all ten categories. But now the results are in and we can reveal the winners… 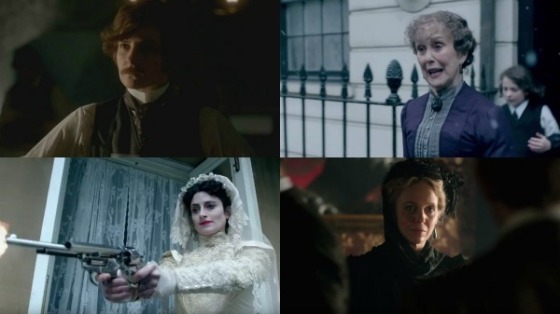 And the winner is… Louise Brealey (Dr Hooper)!

It is a little ironic that your favourite female performance in ‘The Abominable Bride’ was a woman playing a man but Louise Brealey’s fantastic job as Dr Hooper, the Victorian version of Molly trying to make her career in a man’s world, won over 35% of voters.

Commiserations to runner-up Natasha O’Keefe who received 23% for her chilling portrayal of the titular bride, Emelia Ricoletti. 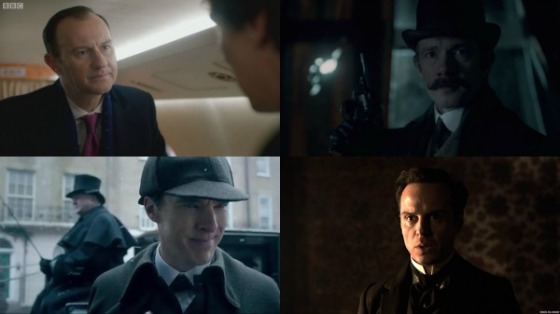 And the winner is… Benedict Cumberbatch (Sherlock Holmes)!

Of course, it had to be! Not matter how good his co-stars are, the show belongs to the man in the title and Benedict Cumberbatch was at the top of his game here, as he effortlessly translated his version of Sherlock back to Victorian times.

Though Benedict received a landslide majority of 54%, far ahead of other nominees Martin Freeman and Rupert Graves was Andrew Scott who won over 31% of fans for playing the mind palace version of Moriarty. Speaking of which…

Most Dramatic Moment in Sherlock: The Abominable Bride 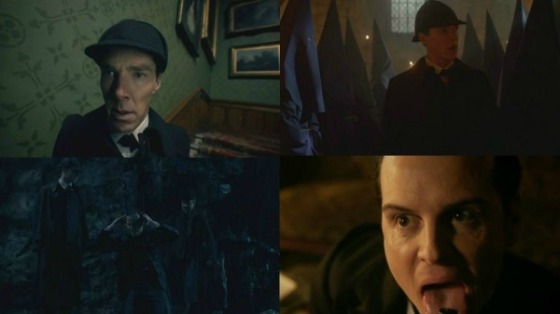 And the winner is… Moriarty visits Baker Street!

Beating off other moments with 40% of the vote, the scene you deemed the most dramatic in ‘The Abominable Bride’ was Moriarty’s surprising appearance in Baker Street, as Sherlock’s Victorian constructed reality begins to break apart (blimey, this was a weird episode!).

For the runner-up, it was very close but the climactic confrontation in The Reichenbach Falls gets the spot with nearly 24% and just ONE more vote than 3rd place.

Most Shocking Moment in Sherlock: The Abominable Bride 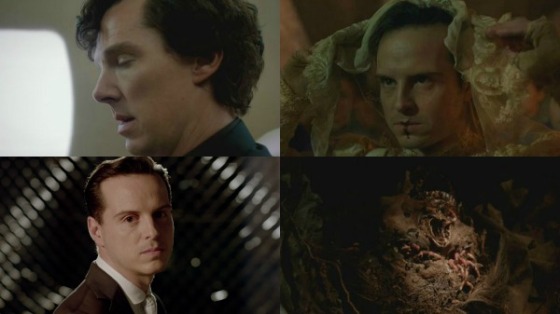 And the winner is… It’s all a dream!

There could only ever be one winner in this category. According to our results, 58% of viewers’ jaws hit the floor when that plane landed on the runway and we realised that the Victorian parts of the episode had all taken place in Sherlock’s head. Or is it the other way around?

On the other hand, 16% of you were more surprised to see that Moriarty is the bride. Well, Andrew Scott’s face appearing underneath that veil was rather unexpected!

Most Humorous Moment in Sherlock: The Abominable Bride 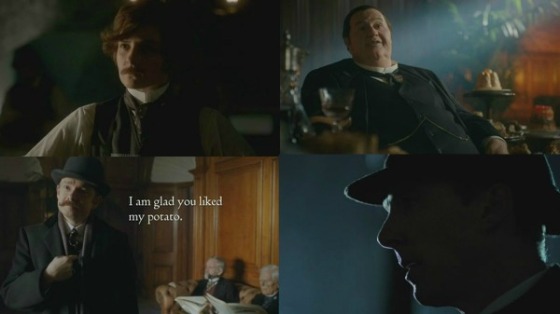 And the winner is… I am glad you liked my potato!

Finally, John gets an award! Watson’s poor sign language skills in the Diogenes Club tickled far more Sherlock fans than any of the other nominees in this category with over 60% of the vote.

Still, the hilarious sight of, shall we say, Mycroft, Increased pipped the others to the post for second place with 18%. 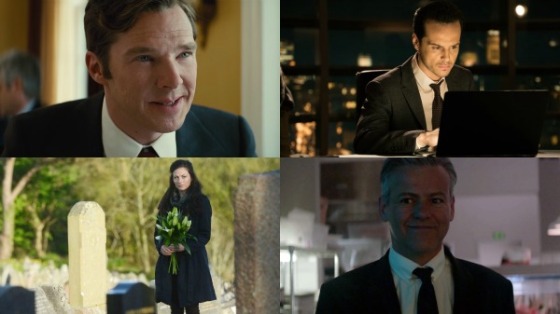 And the winner is… Benedict Cumberbatch (Black Mass)!

Once again, Cumberbatch takes the gong in a comfortable win of 55% for his acclaimed performance opposite Johnny Depp in crime thriller biopic Black Mass.

His only contender was Andrew Scott with 36% for his smarmy turn in James Bond film Spectre as new secret service chief, Max Denbigh. 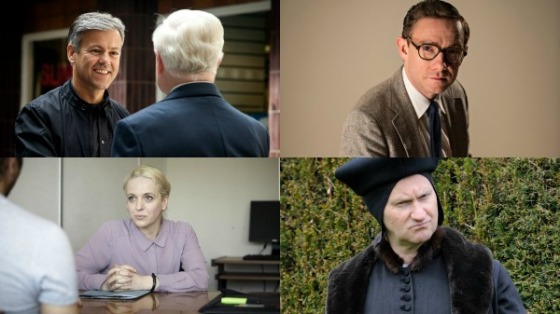 And the winner is… Martin Freeman (The Eichmann Show)!

There was absolutely no contest here. Martin Freeman’s terrific performance in The Eichmann Show, a TV movie about the real-life trial of a Nazi war criminal, wowed 52% of you.

While Freeman took the lead, the other nominees split the votes between them. However, Mark Gatiss‘ turn in historical drama Wolf Hall nabbed just those few more to get second place with 18% of votes. 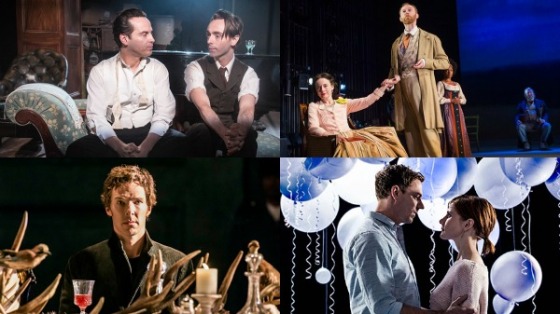 And the winner is… Benedict Cumberbatch (Hamlet)!

In by far the biggest win of any category, Cumberbatch’s tremendous – and box-office record-breaking – take on Hamlet, perhaps the most coveted of all stage roles, received a whopping 87% of the vote.

Andrew Scott was once again the best of the rest with 5% for his turn in The Dazzle.

Best Screenplay by a Sherlock writer 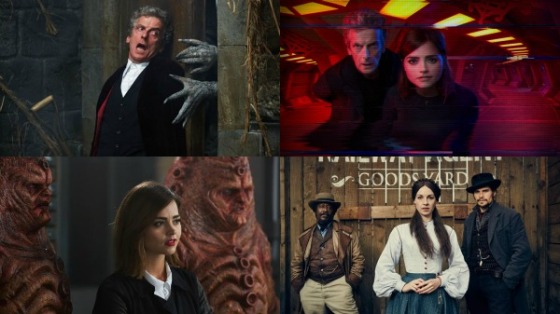 You couldn’t make this up! Rather wonderfully, Sherlock fans couldn’t choose between either of the show’s creators and both got exactly 40.97% of the vote for their recent Doctor Who episodes. 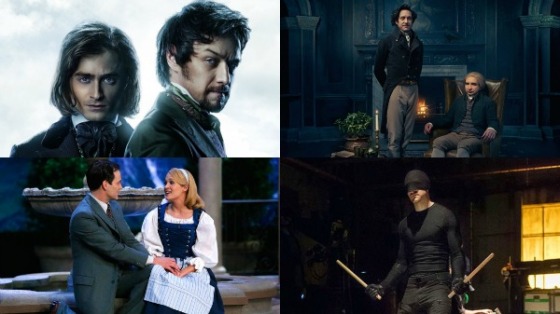 And the winner is… Paul McGuigan (Victor Frankenstein)!

Victor Frankenstein smashed this category with 55% of the vote. The movie, from Sherlock‘s most prolific director, also featured Sherlock‘s Andrew Scott plus Mark Gatiss and Louise Brealey in cameo roles so it is no surprise that most fans voted for it.

Well done to Euros Lyn (director of ‘The Blind Banker’) for 20% of votes for his work on popular superhero series, Daredevil.

And that’s it! Congratulations to all our winners (Benedict’s arms must be full of trophies… or they would be if this were a real awards ceremony) and thank you everyone for voting on this historic occasion. We hope to do it all again next year. In the meantime, do you agree with the winners? Leave your favourites in the comments!