At this point, it is quite clear that one of the main characters is going to die in the next season of Sherlock, which will air on the 1st January 2017 on BBC One.

But why am I so sure that a terrible death will take place? Well, to start with we have the Comic Con Teaser. You can find a lot of hints in there, for example John sitting in front of an hospital bed at 0:18. Later on, Molly screams “It’s not a game!” and at 1:10-1:12 some nurses push a bed towards a stunned Sherlock. Then, there are the interviews, tweets and “threats” the cast and the producers have given.

But now, there is this one big question to discuss.

WHO IS GOING TO DIE?

Just thinking about this possibility causes me physical pain. The idea of our favourite landlady – NOT housekeeper – not being there anymore is unimaginable, but, deep down, at the last corner of my mind-palace, something is telling me that it is to all intents and purposes unavoidable.

Why? Easy. The scene in the teaser, in particular the facial expression of Sherlock’s you can see in the image at the top of this page. From previous events we know that he only cares about two people (at least he only shows himself caring towards two people). And these two people are, of course, John aaand… Mrs. Hudson.

Sherlock loves, respects and cares about Mrs. Hudson. He even claimed, that without Mrs. Hudson, things will turn bad in Baker Street. And now, we have the promo video I previously wrote about which features Baker Street under water. Could that mean something? 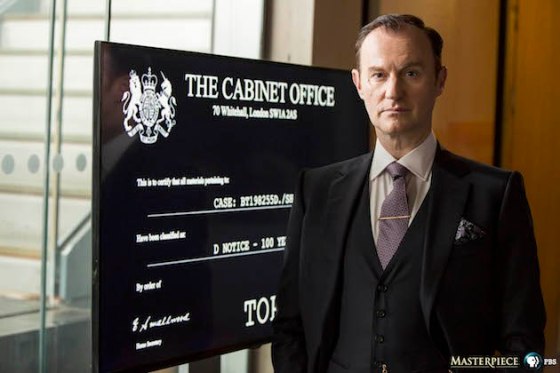 The theory that Mycroft might not have long left has been doing the rounds for a while. What set the idea off is how oddly sentimental he is in ‘The Abominable Bride’ and the references to Mycroft dying in the Victorian portion of the story. Oh, and his notebook also had ‘Vernet’ written in it, which could refer to Vernet’s Syndrome, a type of brain tumour.

This has been made all the more likely by a hint dropped in the promo video. By the Baker Street fireplace, we see Mycroft’s umbrella. An item that is normally shown with its owner. As far as I can remember, we’ve never seen it without him.

It is possible that this umbrella serves as a metaphor for a shield; something that blocks all bad things, just as an umbrella protects its owner from the rain.

So why is Mycroft’s umbrella with his brother? Is it just the carelessness on Mycroft’s part? Definitely not. Mycroft Holmes is a man who has full control. Over everything. So it is unlikely that he has forgotten his beloved umbrella at his brother’s.

The only other solution, then, is that he doesn’t need it anymore and it now stands at Baker Street as a monument to Mycroft.

The death of Mary Watson nee Morstan is the most likely one for me. First of all, she dies in the canon. Here’s a not-really-but-still spoiler Martin Freeman himself dropped in an interview with the Telegraph:

“While we play fast and loose with the original stories, we generally follow the trajectory of what Conan Doyle did, So he [Watson] gets married, and then Mary dies – so at some point presumably she’ll die.”

He also added that this death won’t happen too soon, but this interview was released in June 2014. So what does he mean by “too soon”? Is it a Mofftiss “soon” or a normal soon? Is his “soon” linked to the next couple of seasons? In which case, it could happen in Series Four.

And if Mary does die, how big will the impact on the show be? In which ways will it change John? It could affect him more than Sherlock’s ‘death’, seeing as Mary was the one who was there for him when Sherlock wasn’t. Will his relationship with Sherlock change? What happens to their daughter? Is it even his daughter? Who is Mary in first place?

5 thoughts on “Is Someone Going To Die In Sherlock Series Four?”